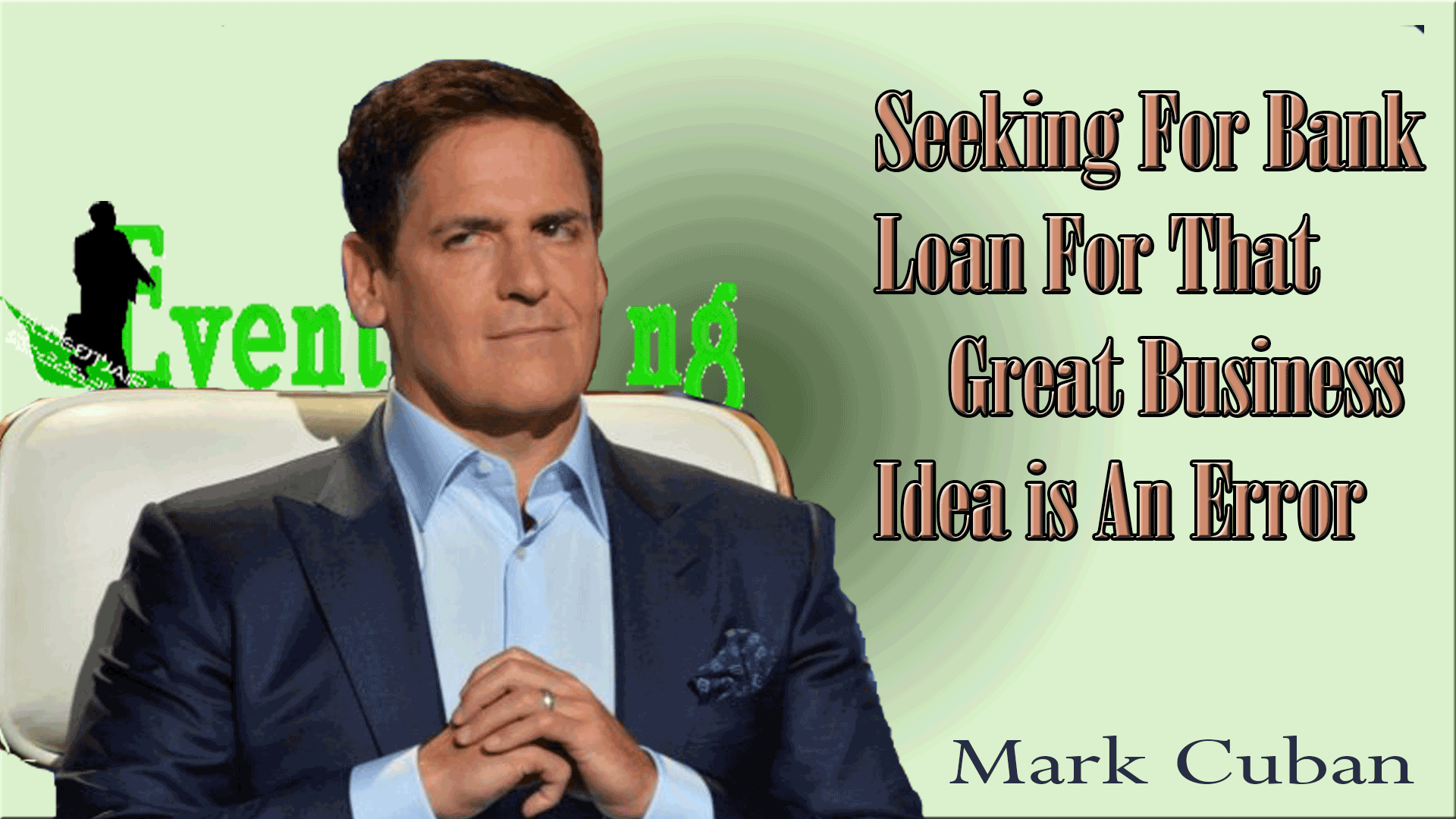 Easy steps to create a website For Your Business
03 October 2019
Branding on Instagram: How to Increase Your Brand’s Value
20 February 2020

In case you are one of those guys out there with great brilliant business concepts/ideas but has no funds yet to make it happen, my question is are you looking for funds?, where are you seeking to get these funds from?, an American hard core investor MARK CUBAN has this piece of advice for you. Don’t go borrowing money from the bank or begging for one superman money magnet as an investor to finance this big idea of yours (project). Doing so is a “huge mistake”.

Mark Cuban has invested in dozens of companies. He’s one of Shark Tank’s most adored stars. So you’d think Cuban would be all for entrepreneurs raising money.

In fact, he thinks raising money for your brilliant business idea is a huge mistake. When Cuban called into Ryan Seacrest’s radio show earlier this month, his clear message to anyone striving to get a business off the ground was to build it yourself and steer clear of taking investor money.

Go it alone as long as you can

You think of a great idea, You Google it. No one is doing it. It’s a truly a disruptive idea. This could be big, really big.

At this stage, Cuban says the biggest possible mistake you can make is to hire a bunch of people and go out and raise money.

It’s not that Cuban is inherently against fundraising. Rather, he’s saying that getting investors should never be your growth strategy. “Once you raise money, that’s not an accomplishment. That’s an obligation. Now you’re reporting to whomever you borrowed or raised money from,” he said. Instead, he recommends you find a way to make your idea happen on your own terms. Then you only have one boss to answer to — yourself.

“Whatever it is, the best business to start is one where you can control your own destiny,” he said.

You’ll be able to control the vision and future of your business when you’re the sole person in charge. When you don’t have investors, you don’t have to worry about them taking the business in a direction you don’t agree with.

Rather than seeking investors at the start, Cuban says it’s more worthwhile to find something you can make or buy yourself. Start small. Make it good. Build strong customer loyalty, even if it’s just a handful of customers. Then start asking for referrals.

“Grow the business that way, and you can turn it into something enormous,” he says. It might take a bit longer to get things off the ground than if you had an injection of funding from the start. That’s OK. It’s a better way to play the long game.

The secret ingredient to be successful, though, Cuban says, is that you have to be really good at what you’re doing. Whether it’s hair products or tacos, being the best at what you do will make you stand apart. “Those are the best businesses that grow the biggest,” Cuban continued. “And anybody can start them.”

He uses Sara Blakely, the billionaire founder and CEO of Spanx, as an example. With no business or design training, she prototyped her footless shape wear and sold it locally. Her product wasn’t an overnight success, but its loyal customer base grew organically. The company has never accepted outside investment. Today, Blakely is America’s youngest self-made female billionaire.

To illustrate his point, Cuban shared the story of how he started his own first “business.” He was 12 years old. He wanted new basketball shoes. His dad said he had to get a job.  So Cuban bought a 100-pack of garbage bags for $3. He went door-to-door asking, “Does your family use garbage bags?” He ultimately sold the full box for $6, turning a $3 profit on each box he sold.

His point? Anyone who is truly entrepreneurial can create a moneymaking business, even a 12-year-old kid.